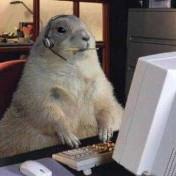 Followed same wiring as Keith and the system sounds great. Alpine premium x  splits in the front and same coaxials in the rear doors. Wiring in the kick panels from the icc  to the rockford dsr1 (loc

A couple of weeks ago now, I installed a sound system for my father in his FG-X XR8 Sprint. Thought I'd do a quick write-up for installing a full line-level-convertor (LLC) based system off the factor

glad you know what you're doing.   So sound like it should be, nice work Keith