How Many Kilometres Have You Clocked Up? 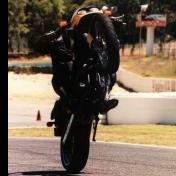